An insight in the cooperation between Comtest Engineering and France leading test laboratory, Emitech Group.

Comtest Engineering is proud of its many achievements for Emitech, which is the largest test laboratory in France and one of the largest in Europe.

In order of construction, these are: 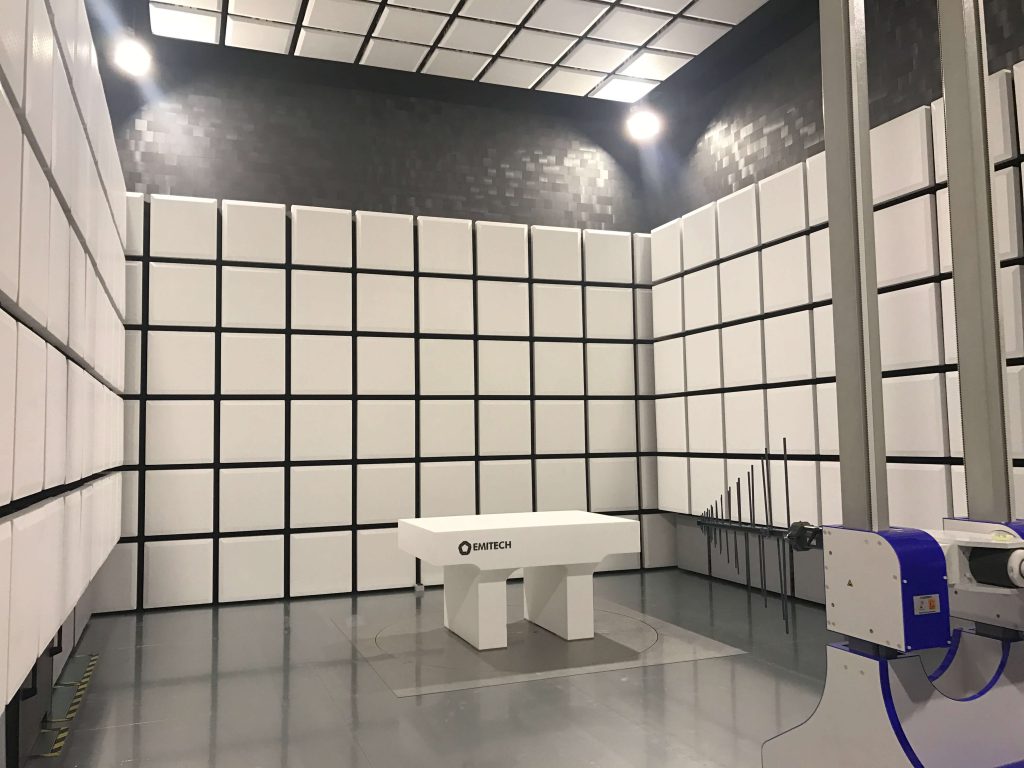 Moreover, Comtest has supplied the Emitech Group with absorbers for upgrading some existing chambers in Montigny and Le Rheu.

All chambers have been built at a speed record by our highly experienced team highlighting Comtest skills in project management, logistics, planning, etc. As an example, one 3m SAC, one 3m FAR and three CISPR-25 rooms have been built in 3 weeks.